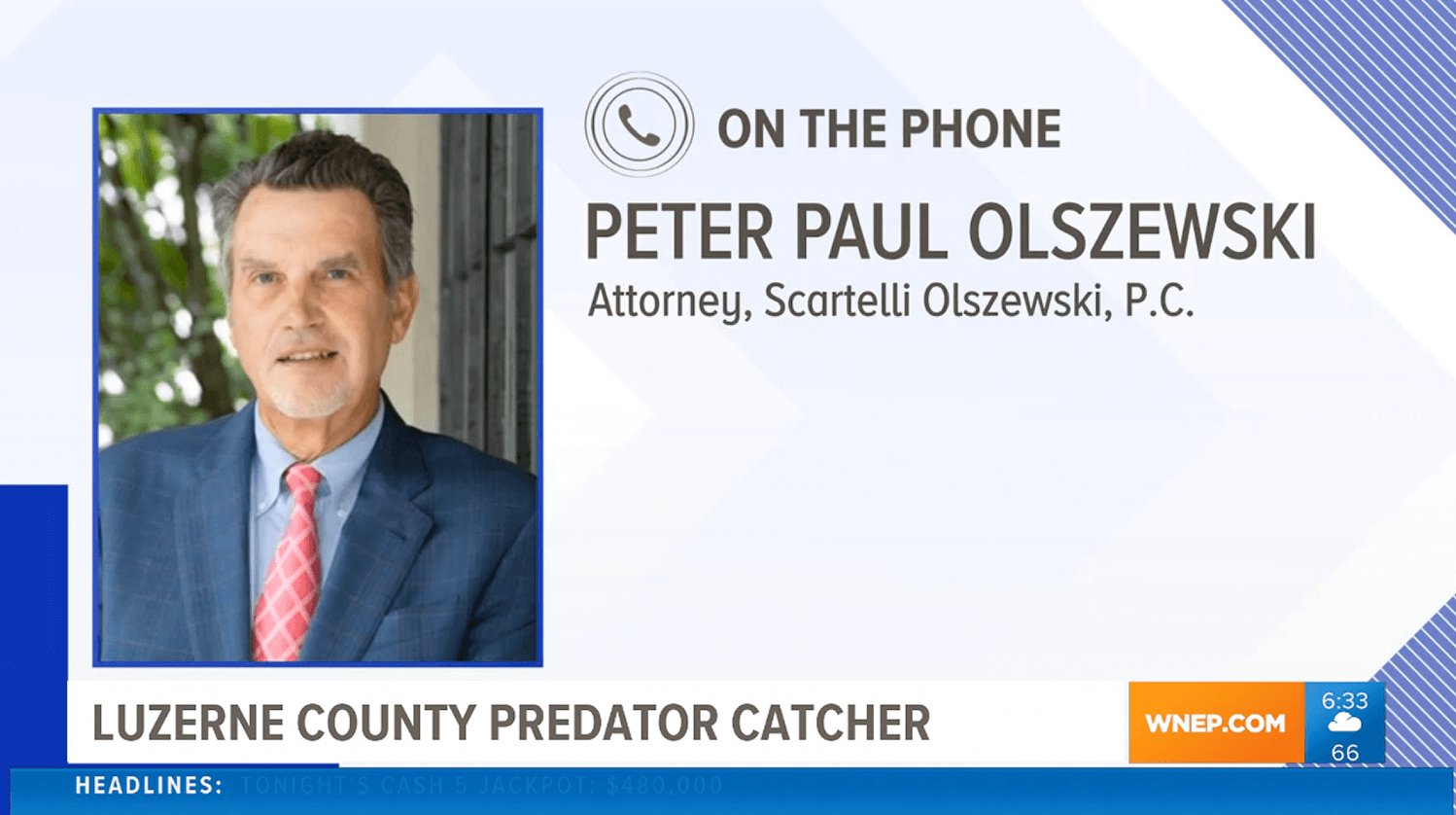 A man is taking matters into his own hands to catch child predators. But who is he, and is what he’s doing legal? We introduce you to the “Predator Catcher.”

Musa Harris is the last person you’d ever want to be confronted by. You see, he’s known as the Luzerne County Predator Catcher-confronting men who are alleged child sex predators. “They tell me watch myself out there. They don’t encourage me to do what I’m doing cause I put myself in harm’s way,” said Harris.

But the question remains, is what he is doing legal? WNEP turned to former Luzerne County District Attorney and judge, Peter Paul Olszewski, for answers.

“Without doing any research I think it’s perfectly legal. Again he’s a witness to a potential crime that’s what he is. He’s nothing more, he’s nothing less,” explained Olszewski.

Attorney Olszewski points out that every case is different.

“At the end of the day again, if prosecutors are convinced that somebody indeed committed this crime and this gentlemen give you evidence of that – take a shot,” added Olszewski.

Check out the full interview here: